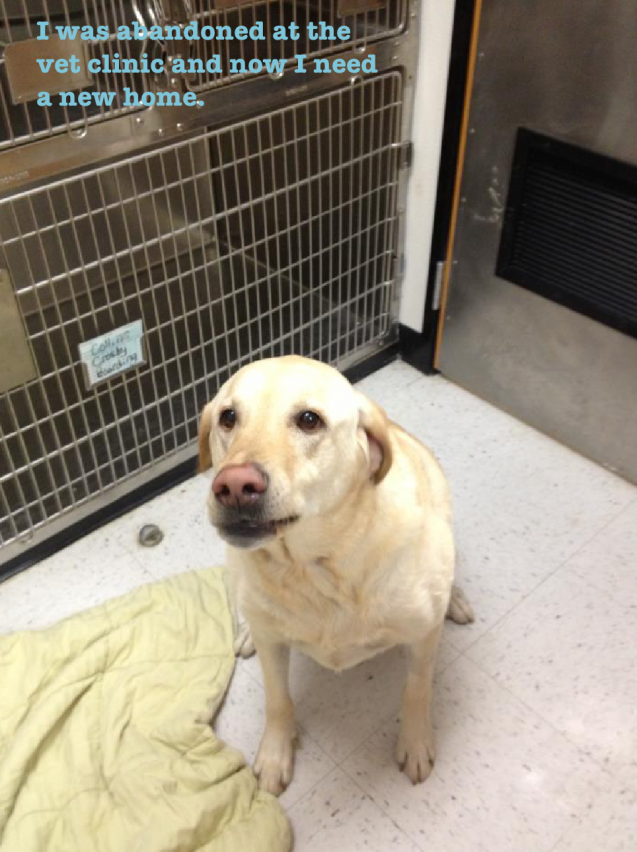 Crosby is a 2.5 year old neutered Golden who was brought to the vet yesterday with an ear infection. Later in the day the vet received a fax saying that the owner had fallen on hard times, was living in his car and was surrendering the dog because he could no longer take proper care of it.

EDIT: CROSBY WILL BE TRANSFERRED TO LAB RESCUE ON DECEMBER 19TH WHERE HE WILL BE ASSESSED AND PLACED WITH A FOSTER HOME UNTIL HE CAN BE ADOPTED.