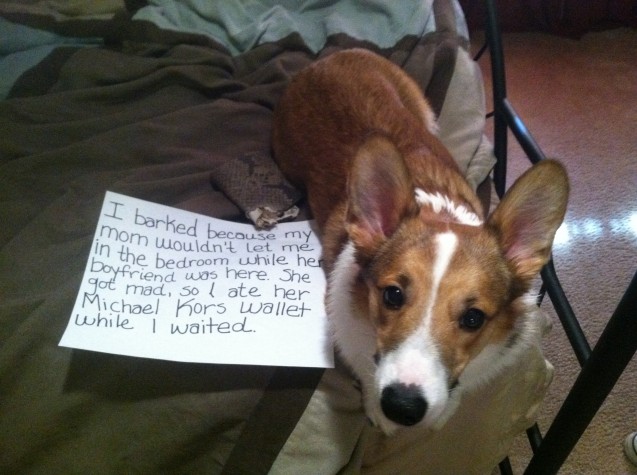 “I barked because my mom wouldn’t let me in the bedroom while her boyfriend was here. She got mad, so I ate her Michael Kors wallet while I waited.”

My Corgi, Harkness, loves it when people come over and gets upset if he doesn’t get attention (OMG he does *not* care what you’re doing, he will try to cuddle you. Imagine that during, say, yoga.) . After my boyfriend and I were in the bedroom for a while he started barking at the door. He didn’t like it when I came out to fuss at him and still wouldn’t let him in. I was thrilled that he stopped barking after that, but realized afterwards he knocked my phone wallet to the ground and proceeded to get his revenge.