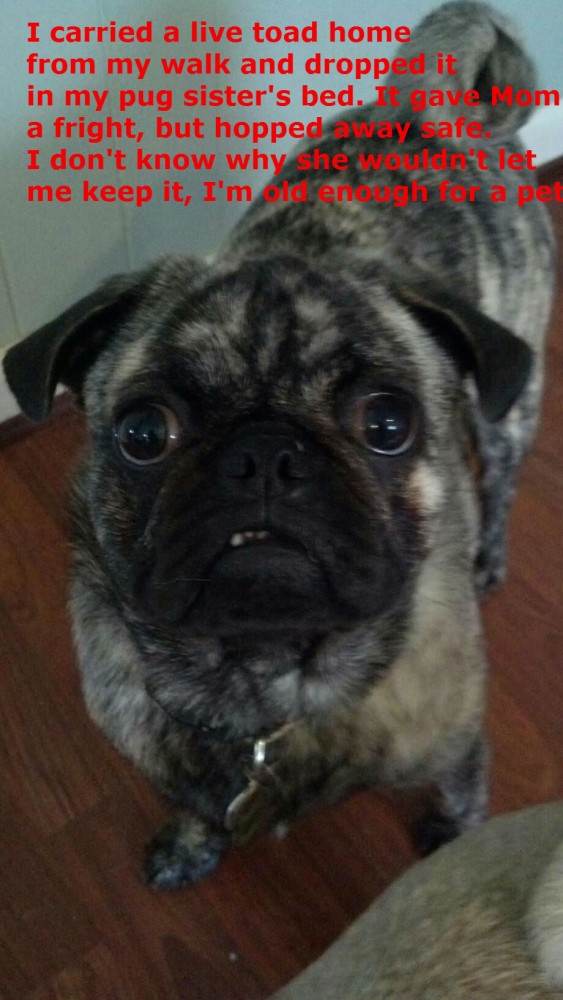 Porky managed to pick up and carry home a live toad during his evening walk. We had no idea he had it in his mouth until he spit it out into his sister, Petunia’s, dog bed. I went over to see what he carried home (it’s usually leaves, rocks, sticks) and his “prize” jumped out of the bed and scared me half to death. I caught it before he could pick it up again and let the poor thing go outside. It seemed to have survived it’s Pug Abduction unscathed. Porky was a little irritated at the loss of his catch.