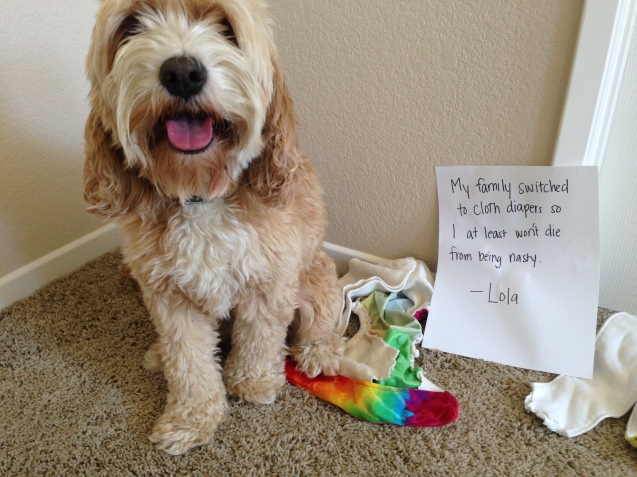 “My family switched to cloth diapers so I at least won’t die from being nasty.” After eating several disposable diapers out of the trash, we got worried that our dog, Lola, was ingesting some gnarly chemicals. We invested in cloth diapers, hoping that they’d stay out her reach and wouldn’t be as harsh on her system. That was naive… apparently she can smell poopy diapers through the wet bags. Diapers are her favorite, but she’s also a fan of underwear, pants, shirts, bibs, and gym shoes.

6 Responses to “Cloth Diapers for the Discerning Dog”