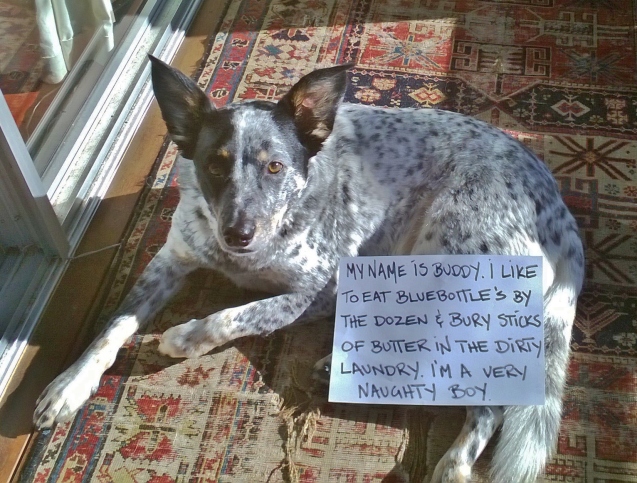 My dog eats bluebottles on the beach. For those not in the know a bluebottle is like a cross between a jellyfish and a bubble with long blue tentacles that give you one painful sting. Just another of those Australian things you want to avoid. As for the butter well he ate half the stick he found on the kitchen bench then obviously decided he’d save the rest for later and buried it in the laundry basket. I found it three days later whilst doing the washing.