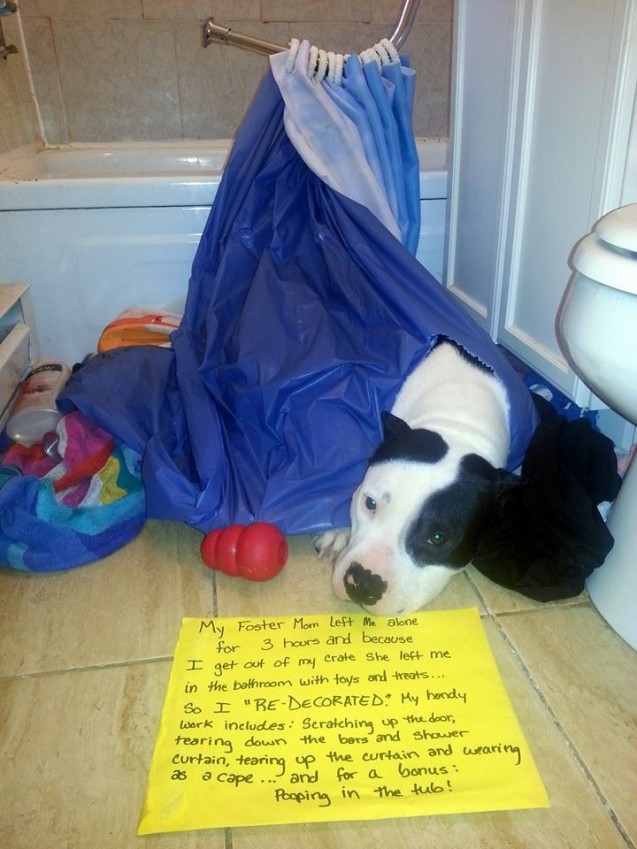 I have an “Angry Pooper” on my hands. I’m fostering this adorable, sweet, pitbull who revenge poops when he doesn’t get his way. One of his worst was when he pooped on my space heater (when I wouldn’t let him up on my bed). But by far, the most notorious and destructive was when I came home to this today. To set the record straight you should know two things: I took him out just before I left, and yes, he is wearing the shower curtain as a cape because apparently he’s batdog.
The sign reads:
“My foster mom left me alone for 3 hours and because I get out of my crate, she left me in the bathroom with toys and treats…so I ‘RE-DECORATED’. My handy work includes: scratching up the door, tearing down the bars and shower curtain, tearing up the shower curtain and wearing it as a cape….and for a bonus: pooping in the tub!”