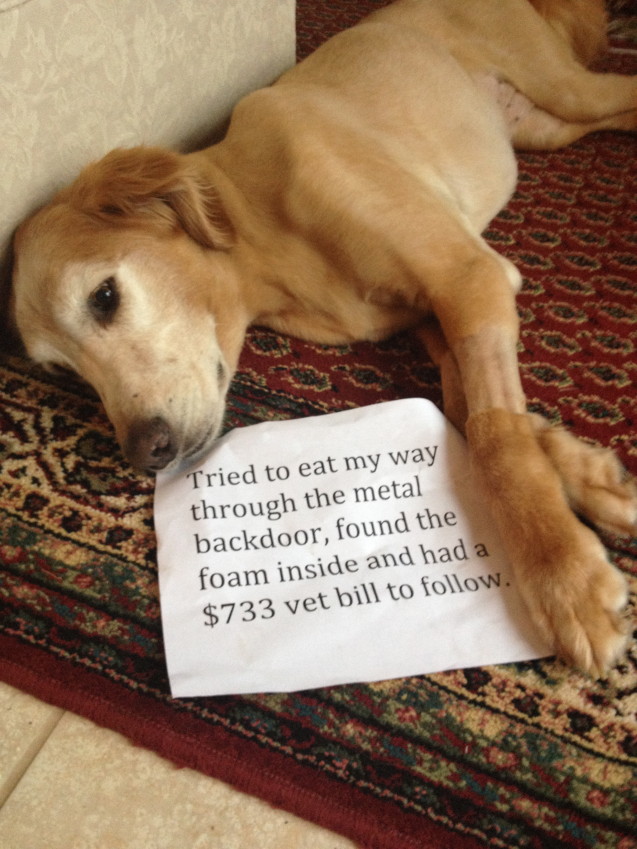 On a beautiful Spring day Summer was left outside while the family was away. She didn’t appreciate the nice weather and tried to eat her way into the house. Given a bit longer she may have been successful as she made it to the foam interior of the door. The previous rust damage from her scratching probably assisted her efforts. A few days later she was mysteriously ill. While X-rays didn’t show blockage, I have to believe the vomiting episode and subsequent need for IV fluids may have been the result of undigested rust. Other than the shaved legs, she has no lasting effects of her adventure. The door on the other hand needs much attention.