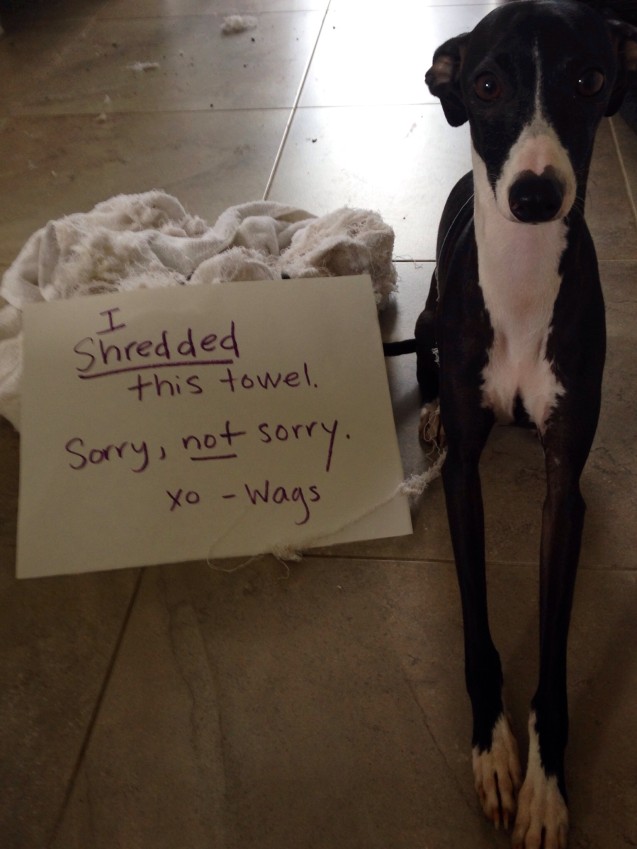 Wagner (aka Wags) here has a problem being alone. Unfortunately for him life calls for times when we must leave him at home for a bit (Mom has to actually buy groceries!!) but he’s usually with us. He’s a smart boy and has special ways of letting us know he’s displeased about these “alone times.” The other day he ate my daughter’s hello kitty hat (he wasn’t even alone, he just thought it would be tasty). He also attempted to eat the pool gate. And the edge of the wall. And my son’s batman and ninja turtle toys. This, however, was his most masterful work. This towel was so very shredded that I have been finding pieces of it throughout the house for days. He’s lucky he’s so cute… Sigh.

One Response to “Terry Terror”