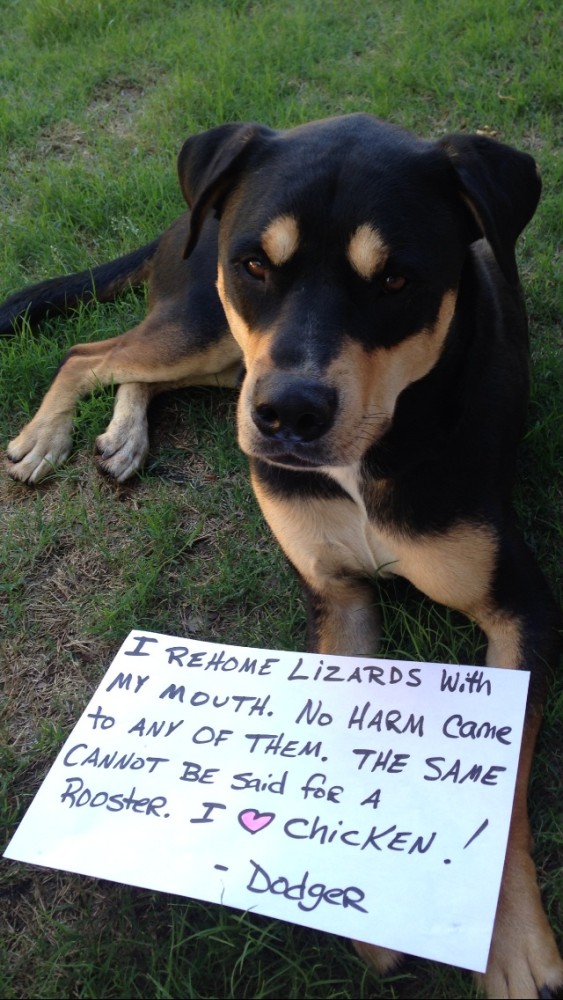 Dodger dug up a nest of lizards at daycare. The staff moved the dogs to a different field to give the lizards a chance. They carried Dodger and when they put him down, he laid his head on the ground and after several minutes opened his mouth and out hopped two lizards. They were fine. However, later that week a rooster flew over the fence at daycare and met his demise.