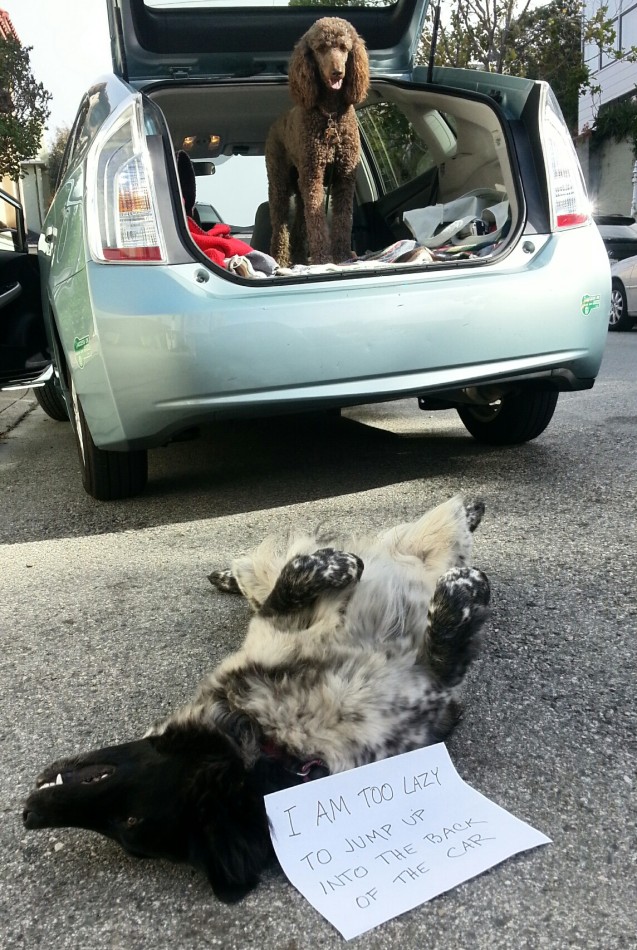 Tucker is 9 months old and has developed the technique of playing dead whenever he doesn’t want to do something. Even though he is able to jump up into the low elevation of the Prius he refuses to do it voluntarily and prefers to place his front paws up and then have his rear paws lifted up. When I don’t cooperate he plays dead and poor poodle Scarlett has to impatiently wait while I try to move him from his passive protest position.